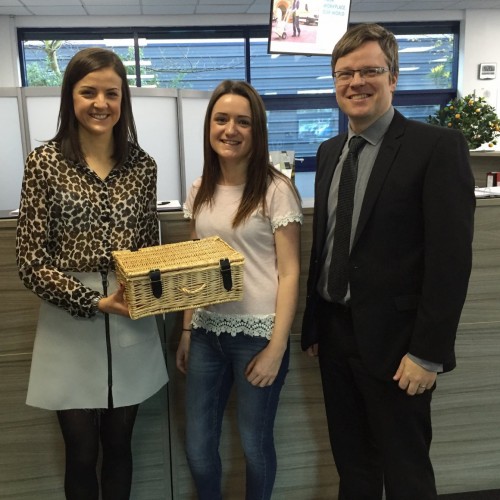 Temp of the Quarter

A Shropshire-based graduate who turned to temporary work as a way to kick start her career has been so successful, she's won an award.

Stephanie Powell's hard work and commitment has been recognised by Prince Personnel, in Telford, who have named her as their latest Temp of the Quarter.

After signing up with the agency, Stephanie had the opportunity to meet with one of Shropshire's largest employers in the distribution industry, and was given a work-based trial.

Her new employers were so impressed with her performance that they initially appointed her as a temporary Recruitment Assistant.

And her strong communication and organisational skills, combined with excellent people skills, led to her quickly being made a permanent member of staff.

Stephen Wakeley, who is the Prince Personnel consultant who specialises in temporary staff, said: "We were not surprised that Stephanie was given a permanent contract, as her personality and positive attitude shone through from the beginning.

"Her flexible approach and drive made her an excellent candidate for temporary work, and her desire to begin her career with a reputable business was clear from the very start."

A spokesman for the department where Stephanie now works was also full of praise for her, saying: "She's absolutely fantastic! Considering she had no previous experience, she has been more than impressive.

"Stephanie has taken to the role with ease, and her ability to communicate at all levels has been obvious. Most importantly, she has integrated seamlessly with the team and added real value."

As a reward for being named as the latest Temp of the Quarter, Stephanie will now receive a hamper from the Prince Personnel team.

The Award was created by the agency to recognise temporary staff who stand out from the crowd and let them know how much they are valued.

Everyone in the Prince Personnel team has the opportunity to nominate any candidate on the agency's books who they feel deserves the title.

Temp of the Quarter

A Shropshire woman who was made redundant turned to temping to gain...
More 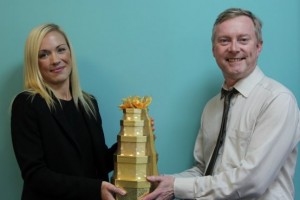 An accounts specialist who made such a success of a temporary...
More

Charlotte’s on track for a permanent job

A Telford clerical assistant who took on a temporary role with a...
More

Flexibility pays off for top candidate

A Telford candidate with a flexible approach to temporary work has...
More